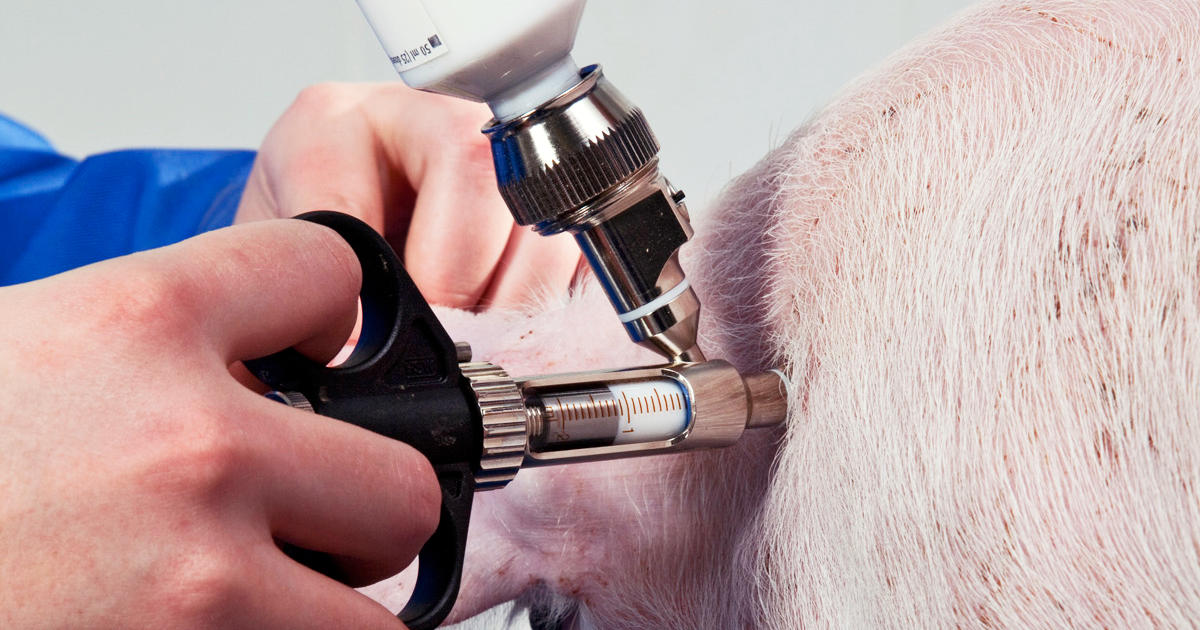 A newly developed vaccine against swine influenza is being launched in the UK by Hysolv Animal Health UK.

The company said Respiporc FLUpan H1N1 protects against the pandemic strain of flu pdmH1N1(2009), which is particularly prevalent in the British Isles.

Two 1ml doses of the inactivated vaccine can be injected intramuscularly three weeks apart to pigs from 56 days old, providing immunisation to the majority of animals within seven days.

Developed by IDT Biologika, the vaccine has been successfully used in Germany, where 1.7 million doses have been prescribed.

Field trials have shown vaccination not only protected against clinical signs of influenza, it resulted in improvements in reproduction and piglet performance.

The company is advising using the new vaccine in tandem with its existing vaccine – Respiporc FLU3 – to broaden protection.

Respiporc FLU3 confers protection against three other strains of swine flu (H1N1, H1N2 and H3N2) and the company stated, when used together, “the two vaccines protect pigs against the most relevant strains in the British Isles”.